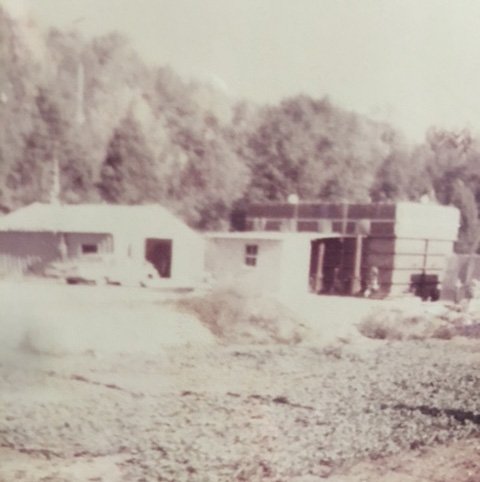 Pinson Valley Heat Treating Company was founded in 1970 by T.A. Parker and his wife Elinor. Mr. Parker built #1 furnace and opened for business that year on November 3rd.  Using his 36 years of experience at Chicago Bridge and Iron Co. along with strong determination, his famous “common sense and reasoning”, and a strong faith in the Lord, he and his wife built a business they were as proud of as their own child.   Their motto was “Quality Work, Quick Service at a Fair Price” .

The first work the company did was primarily stress relief of welded products.  But soon, the company was trying new processes: normalize, anneal, water quench, and straightening at elevated temperatures .  Furnace #5 was the first furnace designed by Mr. Parker to tilt up, thereby saving space and adding a very large capacity furnace.  The best kind of advertising you can get “word of mouth” began to spread the news as the reputation of the company was becoming known throughout the Southeastern United States.  Work came in from Virginia to Miami to Texas.  Many of the leaders in the company for the future were brought in as young men right out of high school at the time:  James Carroll (’75), Kevin Kelley and Pat Kelley (‘79).  By working closely with Mr. and Mrs. Parker, they learned the skills and the values of the company from the founders, and have used this training to keep the company on course as new people are brought in, by passing down that foundation that was laid with them.

In 1981 Pinson Valley Heat Treating Co. was recognized in the INC Magazine 500, as one of the 500 fastest growing private companies in the country.  In 1981 Don Hendry, the Parkers’ grandson, joined the company to continue the family’s management ownership.  Throughout the 80’s the company continued steady growth of their standard services by adding more and larger tilt furnaces.  Furnace #6 & #7 measure 18 feet wide and 48 feet long.  Furnaces #8 & #9 added flexibility and higher temperature capability.  Better quenching was added, allowing the quenching of larger material and processing of stainless steels.

Atmosphere heat treating was added to the company in 1990 with the first Allcase furnace for annealing castings.  Tommy Cole was brought into the company to help start the new department and to bring his experience in this type of heat treating.  By 1999, the department that started with one furnace grew to now have four atmosphere furnaces, seven tempers and three shot blasters.  A state of the art Drop Bottom furnace was added in 2001 to solution treat and age aluminum parts due to the increase in automotive manufacturing in Alabama.  The capabilities of the department now include neutral hardening, normalizing, carburizing and many anneal cycles.  Parts can be shot blasted and packaged for shipment directly to manufacturing points across the country.

In 1991 the Parkers retired, but their influence remained through the training and example they gave to the people who worked with them.  Benny Grissom was brought out of the plant to become the company’s first customer service manager.  After 20 years of service, Brenda Carroll was promoted to office manager in March of 2000. She has responsibility for the many activities that must be done to keep the business running smoothly.

In January 2000, the second of the Parkers grandsons, Jeff Hendry, was brought into the company.  His addition to the team brings a wide experience in sales, marketing and promotions to build for the future.   He also solidifies the family strength of the company and assures a continued strong commitment to the future.

Our company would not have made it since 1970 without many people through the years doing their part, caring about each other and the company.   Each one in the company today, even those who have just joined the team, is a part of something very important-OUR FUTURE.

In 2020, Pinson Valley Heat Treating celebrated its fiftieth anniversary. Read the letter from the CEO written to commemorate the event.

My grandfather, our company’s founder, T.A. Parker, was a devoted Christian, believing with all his heart that serving Jesus Christ our Lord was the highest calling in life.  He ran, with “God as his Partner”, the company for over 20 years.  He treated people fairly and he kept a faith in God that carried him through some very tough times.   As I worked summers in the business as a teenage boy, he taught me about living what you believe.

To illustrate this, let me tell you a story.  In the mid 1970’s we had only three furnaces, so we usually had everything fired off in the morning.  One person would watch the furnaces and the rest would do odd jobs.  One of these jobs was working in the garden.  At this time the business was struggling to get off the ground and Granddad’s pension had been cut off by his employer of 36 years.  They said our little company was in competition with them.  Sometimes all we had to eat was what came out of the garden, but it was incredible how the Lord blessed that plot of ground.  Everyone who worked here took food home, Grandmom and Granddad took three or four big grocery sacks full of vegetables home each evening.  After getting out enough for our family, Granddad loved to sit at the kitchen table and divide the rest into sacks.  The next morning on the way to work we would leave a few minutes early to drop off sacks at houses of sick or widowed throughout Tarrant City.  It was something he took great joy in doing, and it is a lesson I’ll never forget.  He didn’t have much, but he shared with neighbors in need and trusted the Lord to care for him.

Have a Question or Need a Quote?

Pinson Valley Heat Treating Co. has been servicing the fabricating, machining, forging, and casting industries as well as other similar customers around the southeast since 1970. The employees at PVHT are dedicated to Quality Work, Quick Service, at a Fair Price. If you have a question or have something we can be of service, please give us a call Monday thru Friday 7:30 am-4:00 pm